Grateful Dead’s ‘Europe ’72’ gets an overhaul

The longtime Grateful Dead sound engineer is remixing the jam band’s entire 22-concert tour of Europe in 1972. Highlights from those outings already were collected on the Dead’s well-regarded triple album Europe ’72, which was released that same year and went double-platinum a decade ago. The sound will be “phattened” up and re-released using new tools and techniques. As many of you may know, ’72 was the last year Pig Pen would play with the band. The collection will be resold for $450, and has already sold out in stores. This is a good precursor for the timelessness of The Grateful Dead. The era will never die, as long as the music can be heard! 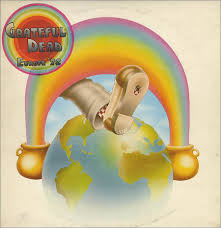